Five go up the Wolverhampton 21

It feels like a lifetime ago that Gordon and I went up the Wolverhampton 21 with Roly and Bev from nb Klara but it’s only actually been a fortnight. We’ve crammed a lot into the last two weeks! It was a really misty day (my favourite kind of locking weather) when we set off from the junction with the Shroppie and headed off up the 21 with the help of Robert, a fellow BCNS member. He’d got up at a ridiculous hour that morning to catch the train to Wolverhampton and walk down the locks to help us back up again. Thanks Rob!!

Robert seems to have a very similar sense of humour to Gordon when it comes to bunny ears on photos. 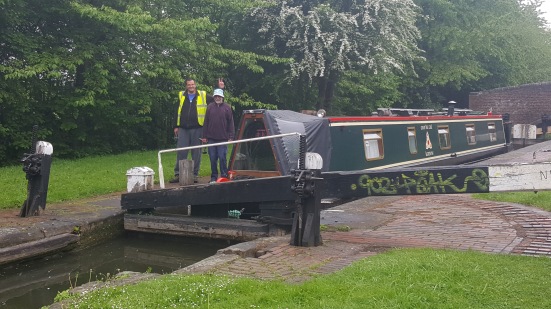 With two boats and five crew it was no time before we were at the top of the flight and heading for Tipton.  The next day we waved goodbye to Roly and Bev in glorious sunshine. They were heading through Birmingham to meet Sue and Andy off nb Festina Lente….

…while we were off up the six locks known as The Crow to the Pumphouse at Titford, the headquarters of the Birmingham Canal Navigations Society. 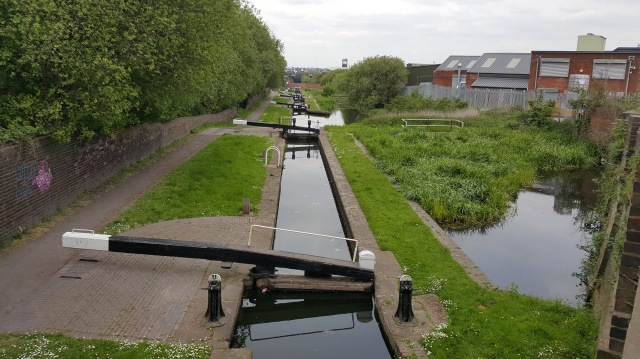 We’d volunteered to help out with the lock wheeling for the BCNS Explorer Cruise. We did the cruise ourselves last year and really enjoyed it so thought we’d come back to help. Our first task was an arduous one – catch the train back to Wolverhampton with our pal Phil to meet the Explorer cruisers and join them for a drink in The Great Western.

It was a relaxing start to a frantic few days, with lock wheeling for twenty boats, the BCNS 50th Anniversary Rally and the 24 hour Challenge to come!

This entry was posted in Uncategorized. Bookmark the permalink.